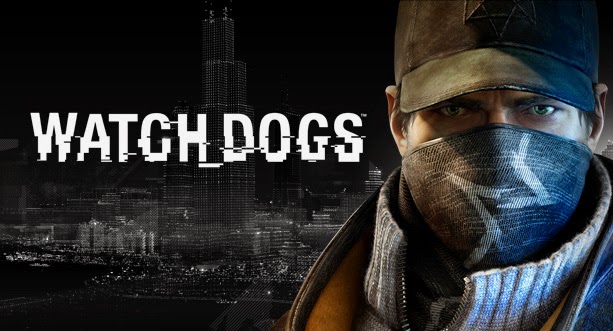 This week, now that I have had a chance to dig into WatchDogs I think it's time for a review.  Your Eye orbs will thank you.  Starting out this game began with frustration.  The Tutorial was a pain in the dick, it doesn't really explain the control all that well.  Luckily it was relatively short.  As always don't take what I'm saying to heart here with the beginning of this review because lets face the harsh truth.  Tutorial are the bane of most gamers existences but they are a necessary evil to grab a more diverse gamer.  That being said lets move on to the meat and potatoes.

As you know I have switched from Console gaming to PC gaming so this review will be based in The PC Gaming experience.  Graphically this game is stunning.  Here at GeekAmok we all live near Chicago.  By have a game of this kind of attention have the setting of Chicago we are by nature picky as shit about what they made it look like.  The city is vast and has some great features.  Using the L Train for fast travel...brilliant.  The Scenery is very very accurate; not nearly as large as Chicagoland really is but well done.  Venturing to the end of the playable space I noticed something that was unfamilar...mountains.  WTF!? Mountains?  There are no mountains anywhere near Chicago.  For shame, if you where looking for something to end the gamespace use more building in the distance.  Chicagoland seemingly goes on forever in real life. The random weather effects are great and beautiful on there own accord.  The rain makes you feel like your actually getting wet.  Or maybe it's just my animal masculinity? Either way it's fantastic. 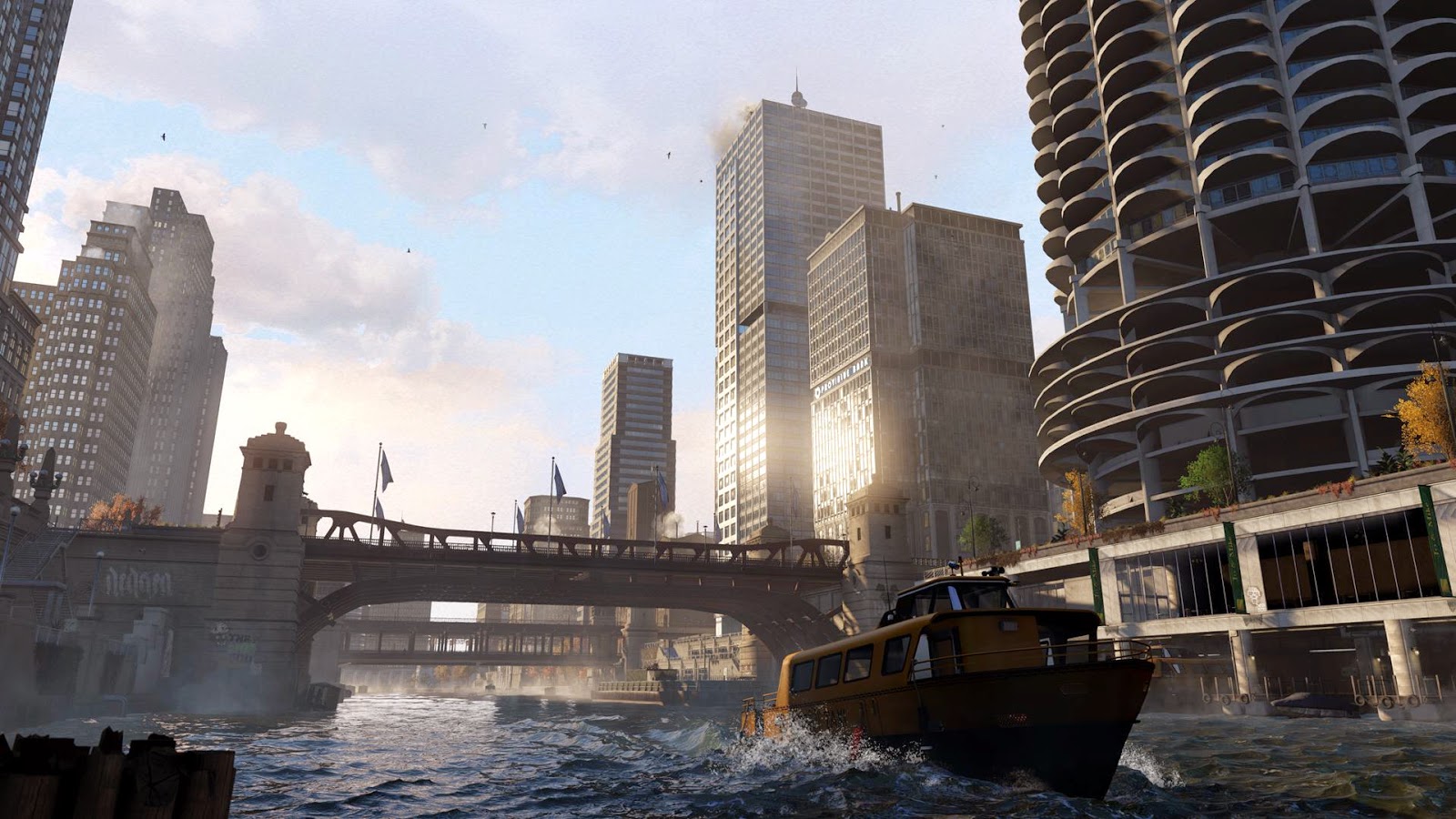 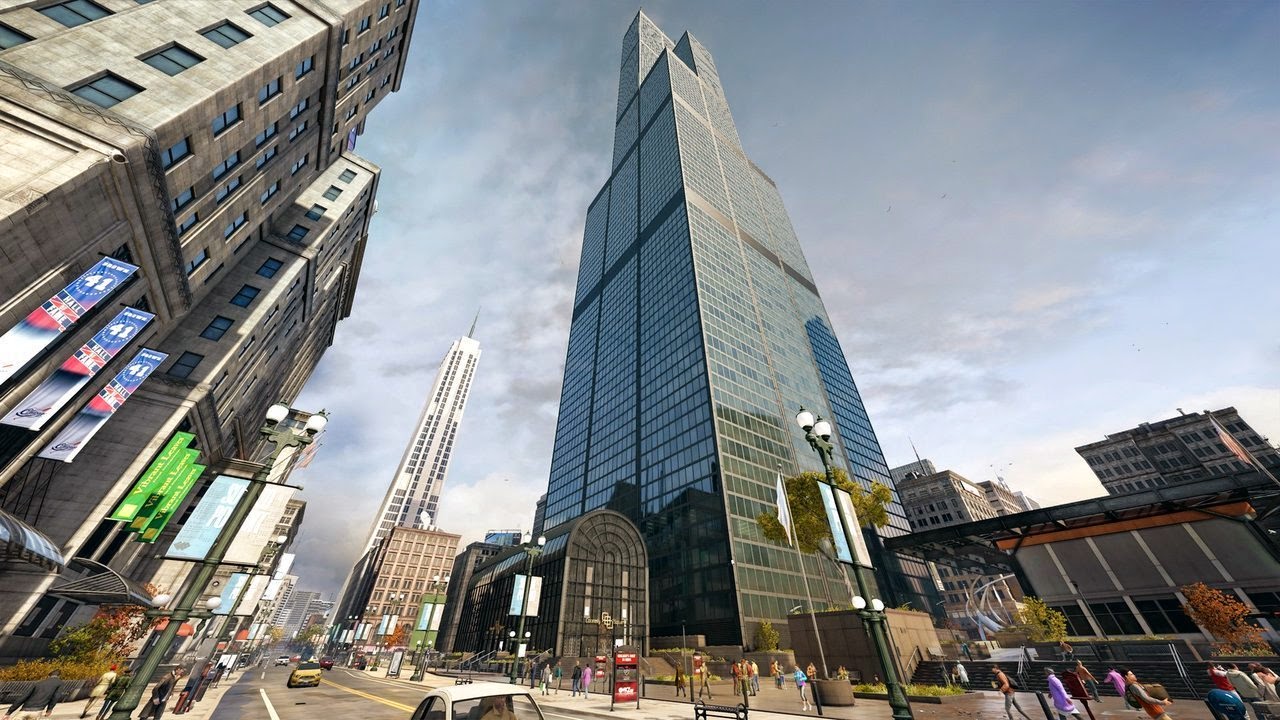 Once you get the initial tutorial done and start jumping into missions the familiarity of similar games such as: Assassin's Creed. Splinter Cell and GTA start showing themselves.  Lets be honest here that's a great thing because those franchises are successful and they work.  There is a gaming dynamic in WatchDogs that also make it a bit like Batman Arkham City.  Yeah I said it..Batman.  Your Character Aiden Pearce is "The Vigilante"and a hacker.  Your "Ctos system" in your phone allows you to get notification of potential crimes/victims before they happen. While also tipping you to peoples dirty secrets weather good or bad.  Side note I want a app like this, make it happen smart people, that and Combustible Lemons.  The more random people you hack from the more information you acquire, thus the more people you can help in the game.  On the flip side you also can just create mayhem and chaos by shooting everything and everyone you see plus there's hookers like in GTA so it makes you think....never mind don't think....moving on.  Which I will admit is a very difficult compulsion to turn off, the chaos parts. 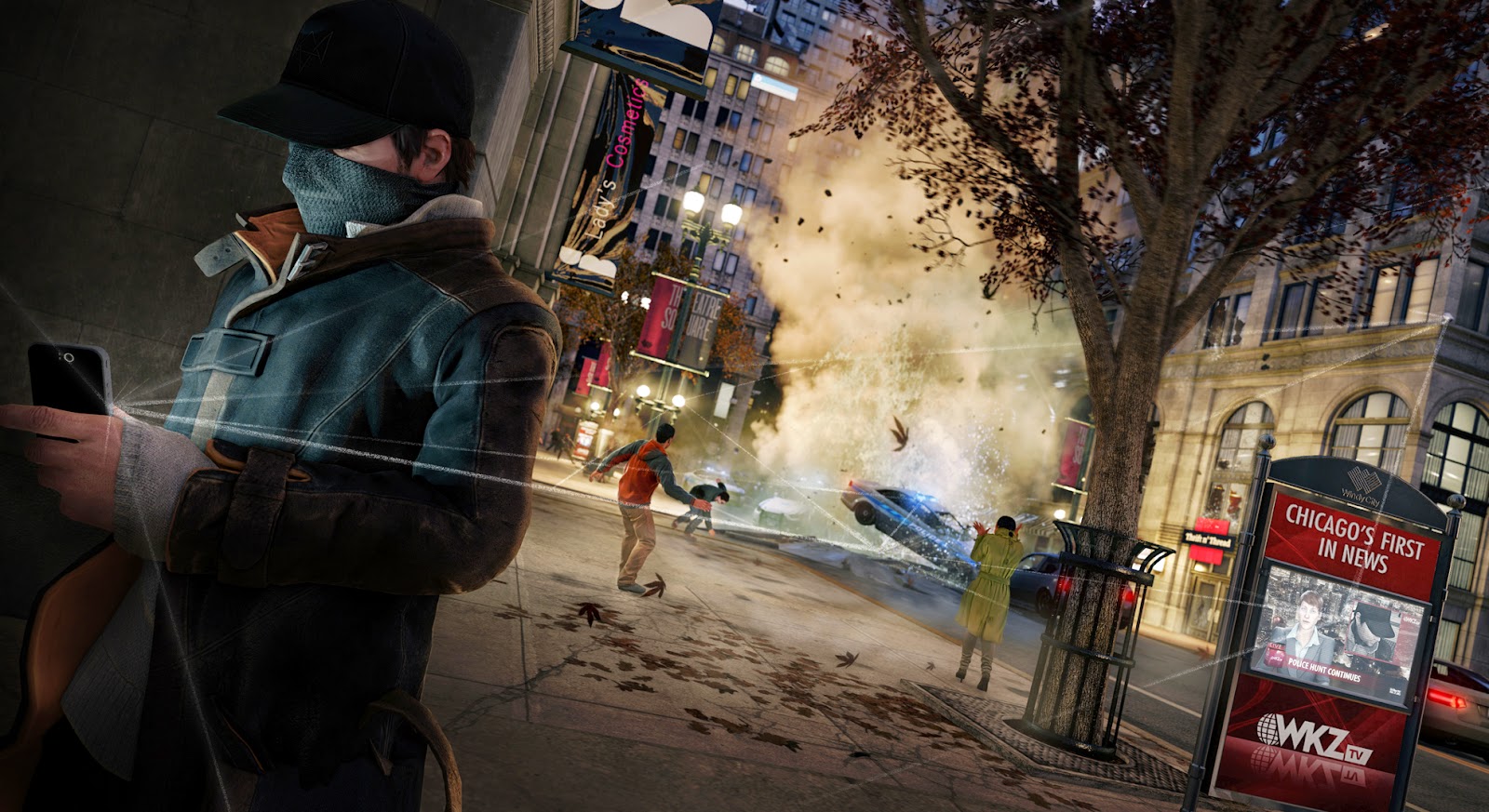 I'm going to keep this short and sweet because I hate spoilers so I'm not about committing them.  Like I said early your characters name is Aiden Pearce.  Your a vigilante/hacker that in a nut shell is trying to protect the public and most importantly your family, whatever it takes.

Buy this game. Don't rent it because it requires an investment in time.  It's a masterpiece and it will consume you.