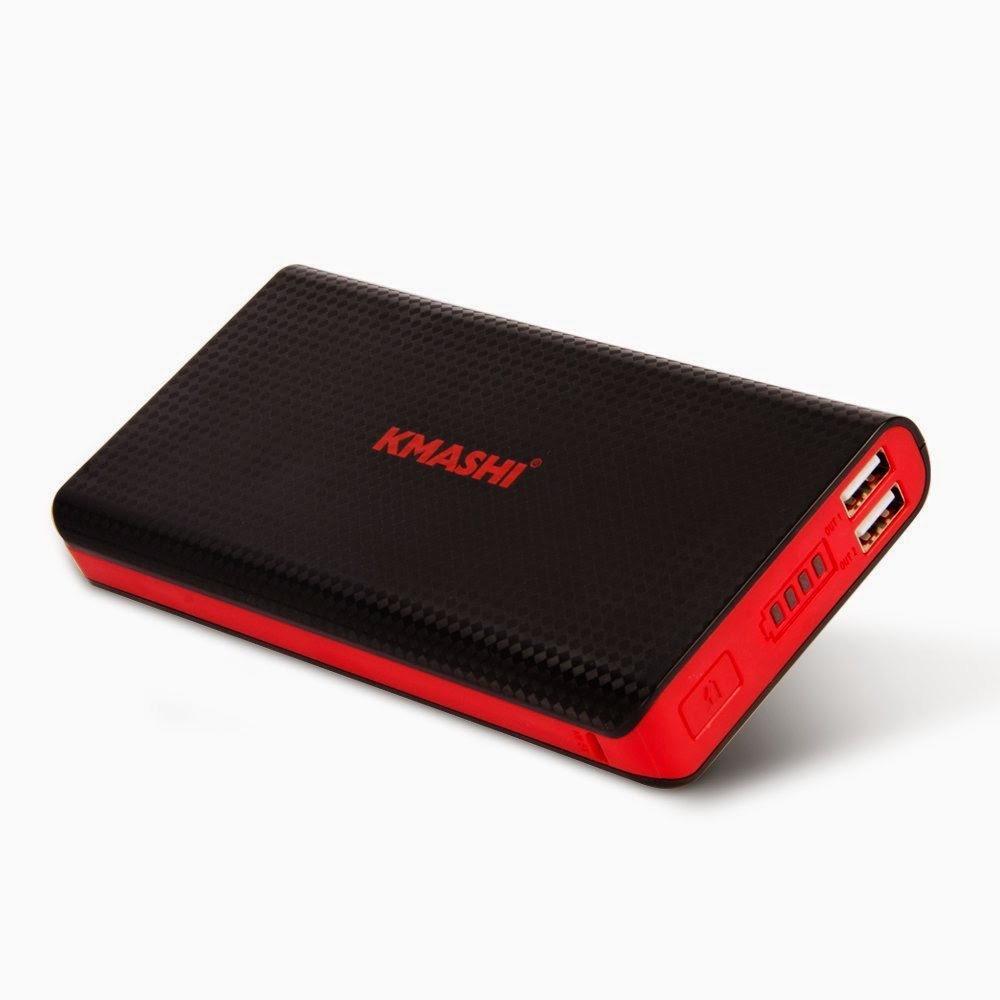 Product Overview
The Kmashi K-MP836 Battery Pack not only charges your devices rapidly using your device's USB cable, it also charges itself quickly using a micro USB connection. The ultra high capacity 15,000mAh lithium battery can charge 2 smaller devices at once. By smaller I mean phones and 7" or smaller tablets, possibly an iPad Mini. It is very portable and not as heavy as I originally thought it would be. The device is a great value for the price I paid for it ($15 from Amazon Lightning Deal). So far the device has been great! The device has four power indicators showing battery life left or current charge depending on use.

What's Included
(1) Kmashi Power Bank
(1) User Manual
(1) Micro to USB Charging Cable for the Power Bank. However it can be used to charge any device that has a micro USB connection.

Cons
So far it is not a bad device for the price. The only downfall is it did not come with a wall adapter for charging the device itself. I have been using any USB wall adapter currently not in use by a device. Overall I have had no major problems with the device.

Pros
As for battery functionality I have charged my Samsung Galaxy S4 AT&T model five times with juice to spare, but not enough for a full 6th time. My current test is using it as a battery for my current Raspberry Pi 2 project. I have had the Raspberry Pi 2 constantly running (powered on) for 2 straight days running RasPlex. I have had about 12 hours of streaming content from my local Plex server during that time. The only devices connected to the Raspberry Pi 2 is an ethernet cable and an HDMI out cable. So technically I am not fully using the Pi's full potential to drain it the Kmashi battery.

Future Testing
I have yet to test my RasPlex running with a WiFi adapter instead for better portability. The RasPlex constantly chokes during WiFi streaming only due to my major need of upgrading my home router. It is streaming great on ethernet currently. I will retest the battery drainage again with a USB WiFi adapter plugged in (instead of an ethernet cable) when a new router is obtained. Any suggestions for one that can at least have two devices streaming 1080p content through WiFi, one device hard wired all while having at downloads through ethernet at the same time would be great!
I will test the battery's charging rate and how accurate it outputs while charging devices until it depletes including an iPad and iPad 2.

Final Thoughts
I would definitely buy another for the price if needed. The battery has already proven to be a great battery pack for the value just for charging my cell phone. The minor con of not including a wall adapter is nothing worth crying over since you will have your devices wall adapter to use instead when not in use by the device.