Home » Gaming » Reviews » What do you think? » My Love For The Legend of Zelda

My Love For The Legend of Zelda

The Year was 1998 and I was 10 years old when I was introduced to The Legend of Zelda: Ocarina of Time. A game at which I had fallen in love with.  A game that  made me feel like I was actually in Hyrule and living out that fantasy as a kid.


From the first time I inserted that cartridge into my N64 and booting up the title screen, I just sat there watching Link ride Epona through Hyrule with that amazing music playing in the background.  Everything about that game was just perfect from the combat to the open world exploration, the characters (including Navi) and the music. The temples had really cool puzzles that gave you that awesome feeling when you found that chest holding an Item that was usually used to defeat the Boss of that particular temple.  I remember the feeling of being alone when you turned into adult link and just wondering around with the sense of great evil had taken over the land.  There were no more happy people filling Hyrule castle town, instead it was filled with the sounds of wind and crows in the background and zombies that would jump on your shoulders to drain your life.  You knew from the moment that you traveled into the future as adult link that the charming fun would be left in the past and for that reason, Ocarina of time is still number 1 on my list. It was 2 years later when I got my hands on Majora's Mask and this is still one of the strangest games of the franchise.  It was an alternate universe of Zelda where you had 3 days to save the world from the moon that was falling closer and closer to the ground.  With the ability to dawn on masks and transform into spiritual aspirations of the many different races that inhabited Termina, It was your goal to save the day from Ganon.... err Skull kid... wearing a mask?  Yep, instead of fighting Ganondorf, you were tasked with acquiring an evil mask called Majora's Mask.  Unfortunately Skull kid fell victim to the mask's powers and became a pawn to do the Mask's dirty deeds.  Your job?  Summon four giants to catch the moon and grab Majora's mask by defeating it on top of the moon.  I told you that this was one of the stranger ones.

Soon after that I got my hands on a Gameboy Advanced and with that came A Link To The Past.  Now I never played it before hand on the SNES so it wasn't until I got the Gameboy Advanced that I got to play it.  The only major thing I remember in that game was the fact that you thought that you beat the game and then it throws you into the Dark world where half the time you were a rabbit trying to find away to transform yourself back to the green tunic version of the hero and it was a blast.  Wind Waker followed suite shortly after with its debut on the Gamecube.  I for one absolutely loved this game with the quirky humor and the dark undertones of what happened to Hyrule castle and who can forget about the amazing cell shading graphics that still hold true to this day with the HD remake on the Wii U.  It was such an amazing game that gave me the feeling of exploring a vast ocean that was the home to many Islands and sea monsters and may I add, It had an amazing story to boot.

Near the end of the Gamecube's life cycle came Twilight princess.  This game was something truly special, with the very dark and mature story and the ability to transform into a wolf left this game to be one of the more adult versions of Zelda.  You start off as Link without his tunic and hat and you find yourself doing these village chores for the people of Ordon village and soon you found yourself face to face with a dark monster that opened a portal into the Twilight realm and dragged you in right along with him.  It was then that you realize that you had been turned into a wolf and was held captive in a cell and chained to the wall.  This is when you would meet one of the most interesting sidekicks of Zelda, Midna.  Midna was an Imp that got her form from a curse that was placed upon her and you find out what happened in the end of the game with a "HOLY SH*T" moment.  Twilight princess had some of the craziest mechanics from riding a hover disk with spikes to jousting while on the back of Epona.  It had really unique characters, locales, boss fights and an ending that felt like it went on forever.  But when those credits rolled, it left you feeling very emotional and the feeling of losing a great friend.  It is the only Zelda game (to date) that actually made me cry. 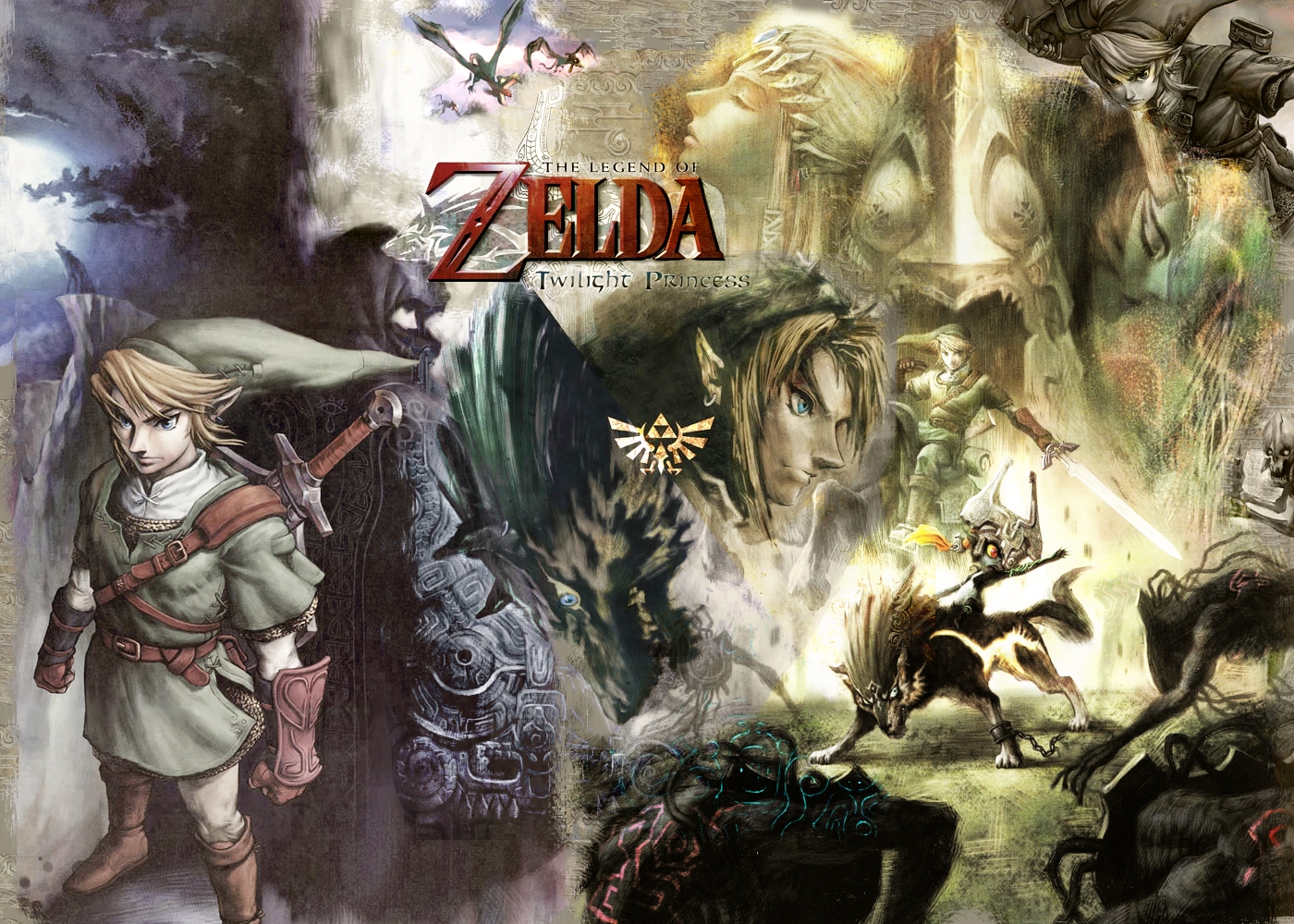 Then came Skyward sword, the only game worth buying for the Wii (my opinion). Skyward sword was released during the end of the Wii's life cycle and boy did it show what the Wii was capable of.  With the 1:1 ratio with the motion controls it was the first Zelda game that actually made you feel like you were wielding the Master Sword.  Now I know that twilight princess had the motion controls as well but you were very limited to how you could use them and that made for some comical flailing about with your arms just to see Link on screen swinging the Master Sword from left to right like normal.  Now it was totally different with Skyward Sword because the Wii would pick up on even the smallest wrist movements and Link would mimic what you were doing in real time in game and that felt amazing.  Skyward Sword was a very unique Zelda entry that had you traveling from Island to Island in the sky via a bird like creature called a Loftwing.  Loftwings were used to traverse the open skies kind of in the same fashion as the red lion boat from Wind Waker but instead it's a bird.  Skyward Sword also had back tracking but it was through out different parts of the same location and that meant that even though you were in the same area, you were just in a new unexplored part of it.

Skyward sword's story takes place before Ocarina of Time and shows the creation of the master sword and the origins of Ganondorf and the evil that follows him.  The combat felt more strategic than ever, thanks to the Wii motion plus the every ememy had a different way of defeating them so It was always a challenge while facing multiple enemies at once.  You would have to watch their patterns and strike at just the right angle to deliver that fatal blow.  There's one boss fight in particular that uses this system spectacularly and I'm not going to spoil it for you guys but its loads of fun.  Also, the art style that Nintendo used for skyward sword was more of an oil painting landscape and so it feels like you are in a Bob Ross painting.

This is just a little of my history with The Legend of Zelda and I thought that I would share my love of this franchise with a Little article.  Nintendo is currently working on another Zelda game for the Wii U and judging by this trailer, its looking fantastic and I cant wait for it.  In closing, I'm going to leave you with my personal favorite Zelda games as followed. *please not that these games are of the major Zelda releases and not of the one off gameboy games. ex. Spirit Tracks, Oracle of Seasons and Minish Cap.

at 8:50 PM
Email ThisBlogThis!Share to TwitterShare to Facebook
Labels: Gaming, Reviews, What do you think?