For those that missed it, there was a very brief image displayed in the trailer for Pixels, by Sony Pictures. Around the 1:38 marker of the trailer the following image was displayed: 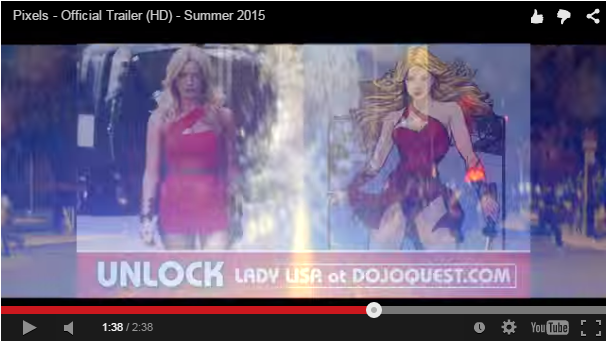 It shows a website called DojoQuest.com where you can unlock a character, from what looks like a character of the movie, Lady Lisa. After visiting the site it displays an image of an arcade cabinet from the controls up with a Game Trailer video in the monitor. This is a trailer for a game called Dojo Quest that is now available on the Apple iTunes and Google Play stores. Go check it out. It's level design reminds me of some of the older Nintendo and even Atari type games. I will eventually update this article with my thoughts of the game after.

Peace Out My Ninjas and Geek Out With Your Tech Out