Home » »Unlabelled » The Price of Your Gaming Pa$$ion!

The Price of Your Gaming Pa$$ion!


How much is your Gaming Pa$$ion worth?

It's been nearly Two years since the Xbox One and PS4 were release to the public.  I remember having to figure out how I was going to purchase my Xbox One and figure out how it was going to fit into my budget. Like many people out there purchasing a game console although pretty high in want list isn't a must have it's not a necessity.  So I have concerns being a PC and Console gamer when I see that less than 2 years out from release these consoles are dropping in price. 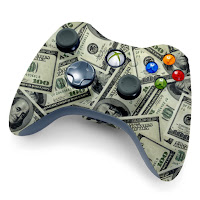 First there was the Xbox One with the no Kinect option.  Something most gamers asked for at launch, purchasing this option makes the Xbox an affordable $349.99.  Way better than the $499.99 original price tag for a device that although I love and adore. Is made with obsolete tech and a reduced game experience.  But all in all I purchased one and because of my friends makes it worth it. The ability to walk into my house and say "Xbox Turn on." then be satisfied that my TV, Receiver and Xbox all turn on before I even put my suitcases down makes it more so.  Whether you're buying the Xbox One for a entertainment system or not is on you but to get your money's worth, you have to use all the features.  Needless to say for $349.99 the Xbox One is worth that price, for                                                           nearly anyone if the option is presented at launch. 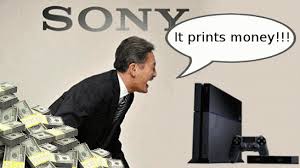 Now, we move onto the PlayStation 4, which I admittedly don't own but would like to own.  My priority with buying a next generation console was the Xbox One because of the Entertainment System feature more so than gaming ability.  The PlayStation 4 has a superior gaming experience but again I use a PC for a even more superior Gaming experience.  So, now I'm at the point I want one for a complete gaming experience with all the exclusives that come with a PlayStation 4.    Recently PlayStation announced the price will be dropping to $290 in Japan.  Since America usually follows suit this actually made me rejoice and get angry at the same time.  I mean when it was released to consumers, we were looking at a hefty price tag of $599.99! But people still felt the need to spend that much on something that is also not future proof.  But apparently it must print money....at least for Sony it does. 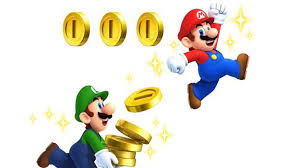 Then there's Nintendo.  I love them, between Nintendo and Atari there is a tiny place in my heart that will always love them.  What I haven't loved in the last decade or more is their systems.  Stop the gimmicks and go back to your roots.  We loved the simplicity of the systems and gameplay of your material from earlier success. Nintendo historically has been a giant in the hardware and software side, until next gen. But they seem to struggle when trying to keep up with Microsoft and Sony.  Ok Nintendo, Seriously your corporate campus is within the confines of "part" of Microsoft's campus. Part because their campus is the size of the town or small city and Sony is just as big. It's time you learn  your roll and make things you can support at a price that will encourage you core loyal fans to purchase them, for the content not the gimmicks you offer.  In terms of pricing you drop you prices almost as fast as Ron Jeremy's prom date did in high school.

Here's what makes me go bonkers! Disclaimer: Rant En route and imminent.  What the literal Fuck!?  Hey !Game companies instead of price gouging the consumer that keep your business alive throughout the decade, wouldn't it make more sense to make these systems not only more solid, less defective and more less pricey from launch?  It's not like you haven't had a decade to make and design these machines.  For Pete's sake, I can build a PC for $400 bucks myself that will not only produce a more powerful gaming experience but also the Entertainment experience you offer in one box.  Console Gamers get so frustrated when PC Gamers start being elitists and talk about how wonderful it is to be a PC gamer.  Seriously? Suck it up gamers, they have every reason to be proud of the fiscally responsible decision they chose rather than Console Gamers. There PC can be Fun, Entertaining and productive. True each platform has their own benefits, as it should be.  My beef isn't with Console gamers or PC gamers fighting or who and what is better.  My beef is with the game companies.  You fuckers think it's ok to rape our pockets and then slap us in the face with our own dicks or titties when you reduce the price tag to keep you ship from sinking once you've paid off your debt from making your ill begotten sons of systems. You want the return immediately for something that is overpriced, under spec'd and under designed.  It's bullshit! It's crap business and at some point the consumers will wake up stop feeding your greed.  Because a large group and ever growing group of PC Gamers have taken their actual destiny into their own hands. ┌∩┐(◣_◢)┌∩┐End of Rant. :)


Now excuse me while I go save the galaxy in Destiny on Xbox One…..Don't judge me.

Thanks for reading! Later Bitches! 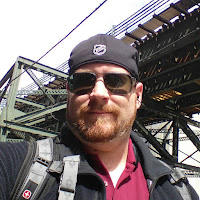