Review: My TIME With The Samsung Galaxy Gear Smartwatch

Did you catch the pun in the title. Get it...TIME.

The next set of "smart" devices are here and I was able to snag a Samsung Galaxy Gear 1 Watch for under $90. My time with the watch was fun at first, but 30+ days in things are not going as smoothly.

When the news about these so called smart watches started I immediately created an RSS feed from a search about Smart Watches to follow (like any other Tech Geek would) and was eventually very interested in obtaining one. At first I waited to see other reviews of these watches and to see if any other company would release one. Eventually there were three that were top contenders - Sony, Samsung and Pebble. 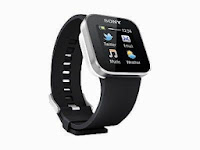 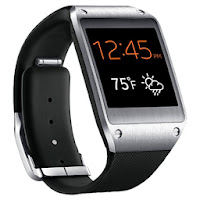 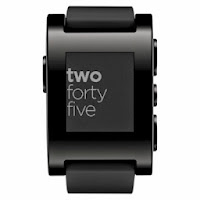 The Pebble's best selling point was the battery life. The watch was decent looking as well as the OS. Sony's Smartwatch was my choice to go with at first since it had Android OS running on it and had a square watch face instead of the rectangular look from Pebble. However at the time these watches were $150 or more. That is expensive at least for my wallet. However if you were to buy a decent well crafted watch that just told you the time and date you would be spending this kind of cash anyways. I was not willing to do so and don't buy expensive normal watches either. I believe my nicest watch is still a Fossil and I spent roughly $100 on it at the time. Regardless, I was looking for a deal before buying.

Fast forward another year or so and now Samsung and company released the 2nd versions of their watch. Again, I was still looking at the Sony but, at the time I was an Apple iPhone type of guy so the Gear was out of the question. Before any comments or thoughts about this Android/Apple fanboy bullshit arise, let me say the major reason for staying with Apple was mostly due to Apps and Content purchased through out the years would be lost and would have to be repurchased if I ever switched. Today I own a Samsung Galaxy S4 due to circumstances in my household that lead to the purchase of it, but the wife did not like it. So I gave her back her iPhone 5 at the time and instead of going back to my iPhone 4 and having to sell the Galaxy S4, I made the switch. This is when the Samsung Galaxy Gear popped back up in choice and after the release of the Gear 2 I eventually found a deal from Woot.com to get a Samsung Galaxy Gear 1 for less than $100 shipped.

First thing I did when getting the new watch was look for ways to Root it, since it had Android on it. Granted it was easy, but there was only one custom Rom for it called Null_. It was built from a Cyanogen Mod which is my favorite Custom Developer for Android. Again, I don't want to hear any bullshit drama about my choice of Custom Rom. It is obvious that it is my choice and not yours, so there is no right or wrong. Now with using the Null_ Rom the battery life did not last more than 8 hours with all the features enabled. This basically made my smartwatch a full Android OS on a small screen. The functionality of Internet, WiFi and more were unlocked and usable on the watch. However some of these features were useless on a small screen to begin with. That said, I looked for how to go back to a rooted Stock Rom instead. After finding and researching how to go back, I came across the release for a rooted Tizen OS stock ROM. I knew Tizen OS was coming to Galaxy Gear 1 since it is the stock choice for the Gear 2 and decided what the heck and made the switch to Tizen. 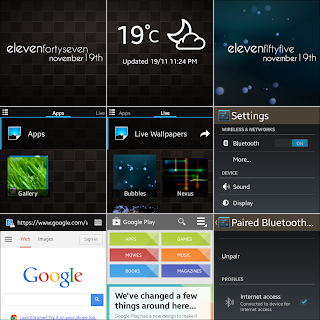 Using the Tizen OS for more than 3 weeks now, it was the best decision for my Gear. The battery life is better than the Stock Android OS and more so than the Custom Android OS. I usually get about 3 - 4 days on it now after going through all my notifications and deciding which ones were important enough to be notified right away on my watch. The best features are the Bluetoothm, Mic and Speaker combined as a Headset for phone calls. This is truly a Dick Tracy watch that you can talk into finally. However the bad part is the Speakers volume, it is horrible. Then again I am pretty sure it was made for public places in mind and to minimize the sound of loud speaker phone calls. The Pedometer needs some work. Pedometers usually work with movement, but newer ones combine that with GPS. Since the Gear lacks GPS, just swinging your arm causes the Gear to calculate a step, sometimes two. I stopped using this feature because of the inaccuracy of the steps. I will wait to see how newer watches deal with this issue before buying them or I might just buy a separate Pedometer in the future like a Fitbit. The camera on the watch is actually decent. The flaw, it takes 4:3 photos (squareish) instead of 16:9 photos (rectangular). The quality is actually good, but only in good lighting since it does not have a flash built in. The other flaw is the camera trigger sound it produces every photo you take (which can be turned off on a rooted OS). I am sure this was enabled for privacy concerns when using it in public. The final issue is the watch band. Due to the camera and speaker being attached and embedded into the band, there is no 3rd Party products out there to replace the band. The newer Gear 2 now has the camera embedded into the watch so you can replace the band. The best feature of the phone is the WatchStyler App associated with it. You can change the watch face anytime you want. I personally rock multiple faces during the week. 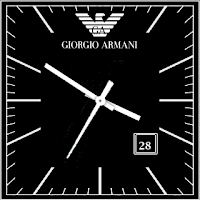 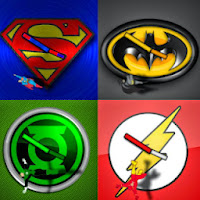 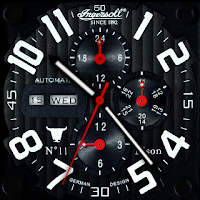 With that said, overall the Galaxy Gear 1 is not a bad device. However, it is just another Gimmick product and accessory than a stand alone device. You still need a phone within 30 feet or so (depending on the area) for it to get your notifications. In the end, you can use it as a Notification Scanner, Pedometer, Timer, Alarm Clock, Camera and a regular Watch with different faces or just a stand alone watch. Our technology advancements are getting better, but more in size than features. It is hard to get excited about anything new based on the OS being crammed/dummied down into a smaller devices like the smart watches and Google Glass that still depend on your phone for a constant data connection. There are rumors of a smartwatch/phone being made by Will.I.Am and was suppose to be released in July, but nothing new on this. This is the type of watch I am looking forward to next. I will not buy any other watches or think of it until both the watch and phone are combined into one device. I may look into the Android Wear devices coming out, but no guarantee on that either.

Until next time, Geek Out with your Tech Out!